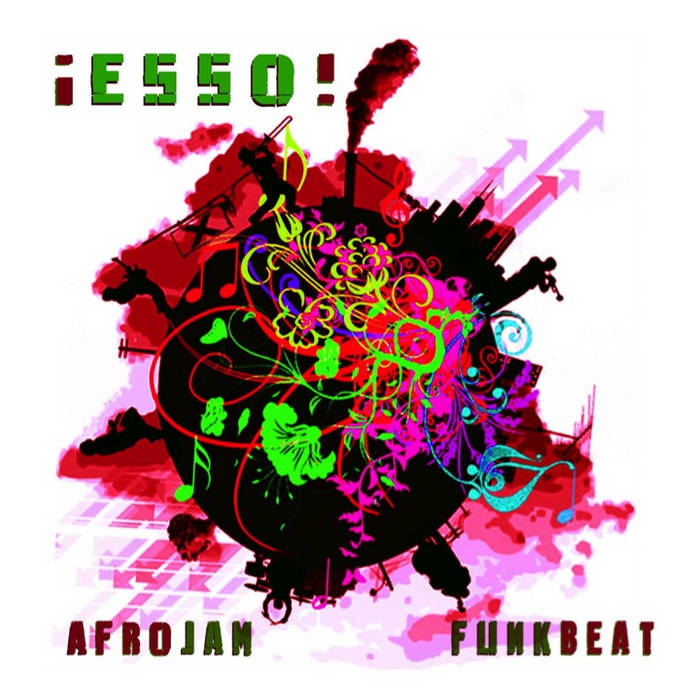 Nifty O.G. The Afro-Latin sound of Chicago - the ESSO crew are a life affirming antidote for troubling times. Let the Esso Strut move you!

This album was recorded over the course of a year that witnessed the coming together of a "core" dedicated band in the global improvisational tradition of Latin and funk roots music.

Biography of the band:

Cultural consciousness, unity and celebratory dance are the ideals behind multicultural musical outfit ¡ESSO! Afrojam Funkbeat. The Chicago based ensemble perform a unique interfusion of Afro-Latin inspired compositions and jams. Influenced by the global troubadours and subversive thinkers of an emerging counterculture in the 70s and 80s, the band pays homage to the traditional and progressive while taking their own step forward.

The rustic rhythms of Fela spiced with the textures of Fania blend with an improvisational ritual resembling the Funk Brothers; all from the streets that birthed house music. ¡ESSO! has experimental roots with live musicians setting the stage for soul singers, “coro” group singing, and poetic emcees. This platform has cemented into a diverse group finding an outlet at global street festivals and venues with an impassioned heart on its studied sleeve.

ESSO began as the house band for a live music night in downtown Chicago. The cast of rotating members, pieced together from various recording projects and bands, changed from month to month until a solid foundation settled to host special guests and members. Co-founders, Armando Pérez and Kevin Miller, spearhead the group with a unified vision in focus. Both, with notable Chicago bands, Jugo de Mango and Suena Latin Jazz, respectively, bring experience and structure to the group. Along with an energetic pool of Djs, producers, organizers and bands, ¡ESSO! (El Sonido Sonic Octopus) began playing shows with emerging local talent and established nationa; and internationally touring artists alike.

All songs written by ESSO