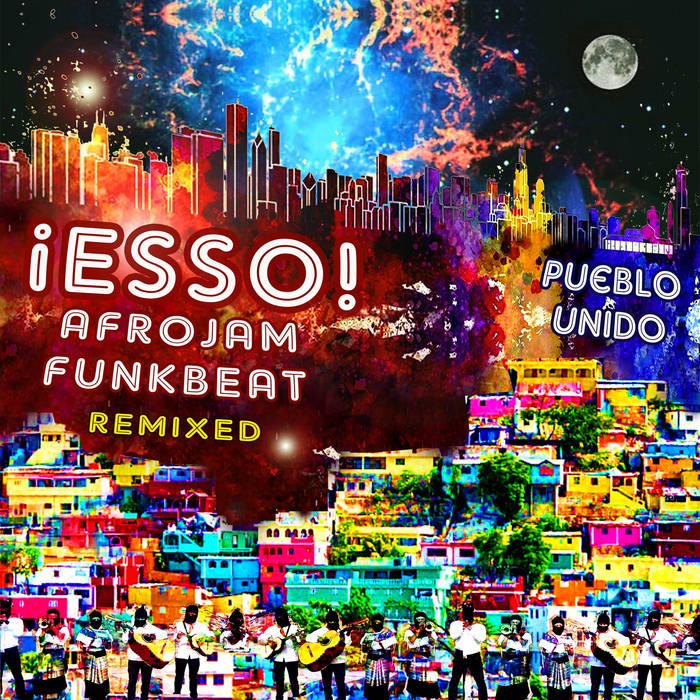 This remix album came to life shortly after the release of our first L.P. It is a collaboration between working artists, producers, DJs, and performers. Rooted in the city of Chicago and extending across the United States, to Europe and back, this collection of songs demonstrates people working together to create new music through open expression; to share ideas and cultivate skills in a d.i.y. setting (studios, homes, basements, bars, lounges, restaurants, lofts, rehearsal spaces, bedrooms, outdoors, etc).

The songs are remixed, reimagined productions of songs from ESSO Afrojam Funkbeat's eponymous debut record (2015/Sonic Octopus Recordings). DJs and producers were sent original stem audio files and created what you hear on this album/remix album/mixtape. With the incredible live music scene and vibe happening in the neighborhoods across Chicago, there is good reason to listen to the sound of the people; working/creating, dancing together, pushing boundaries for a musical future of our own design, where classic styles meet modern approaches to create a sound that is constantly redefining itself.

The record is entitled "Pueblo Unido."